Have you ever wondered what goes through the mind of a masked man mucking about in residential areas, looking for an easy snatch and grab? Wonder no more. Burglar psychology is an intimidating topic, but analyzing the perspective of home intruders can help us determine how to best guard against them. UNC Charlotte researcher Joseph Kuhns from the Department of Criminal Justice and Criminology recently conducted a survey of over 400 convicted offenders. His study, “Understanding Decisions to Burglarize from the Offender’s Perspective” resulted in an enlightening look into the minds and methods of burglars.

Surveyed offenders indicated that the top reasons for committing burglaries were related to the need to acquire drugs (51 percent) or money (37 percent), which was often used to support drug habits. Contrary to popular belief, most burglars do not enter homes with the intent to steal firearms. Only one offender indicated that this had been his intent. Drug use was the most frequently reported motive given by women at 70 percent, while men cited money as their biggest motivation.

Approximately 83 percent of intended home burglars attempt to determine whether or not an alarm is present before attempting a burglary–and 60 percent choose an alternative target if an alarm is found to be present. Furthermore, in the event that an alarm is discovered during the course of a burglary, half reported they would immediately retreat, 31 percent said they sometimes would–and only 13 percent claimed they would continue with the attempt regardless.

When selecting a target, most burglars said they considered the close proximity of people, traffic and police officers; the lack of escape routes and signs of increased security–including alarm signs, alarms, dogs and outdoor cameras or other surveillance equipment. Both men and women indicated that evidence of alarms or surveillance equipment was a sure deterrent in target selection. Other deterrents include home occupation, entry difficulty, perceived reaction of neighbors and other indications of territorial concern. This can include anything from the presence of dogs to simple stickers and signs indicating the use of surveillance.

Even if you can’t afford a fully functional surveillance system, a visual deterrent is similarly effective. Place stickers in clear view on your property. Grow prickly hedges beneath your windows. Invest in fake security cameras to fortify your living space. Get a dog! All of these things are proven to help keep intended burglars away from your sanctuary. Once we understand where these desperate individuals are coming from, we can best determine how to make the risk of breaking and entering seem far greater than the reward. 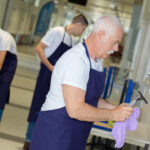 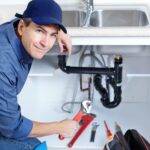